We started to feel a little frantic today because it’s December 31st and we never get our card out this late. To calm ourselves and get centered into writing this year’s letter we decided to take action, so we’ve been sitting here looking at past letters. It was then that we realized that we are very, very predictable people. Not only have we gotten this letter out precisely on the 31st two out of the past three years, but–and I’m embarrassed for us both to admit this–we were seriously both wearing clothes in this moment that were featured in some of the pictures on those posts. Lest you think it was some special Christmas outfit that we only bust out for the season, nope–Lolly’s wearing a brown t-shirt that she was wearing four years ago, and I am wearing some random Old Navy t-shirt that has made more appearances on this blog than some of my kids.

Anyway, without further ado, here is our fancy-pants letter! 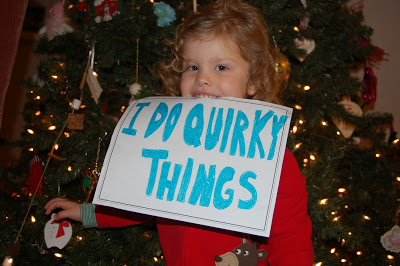 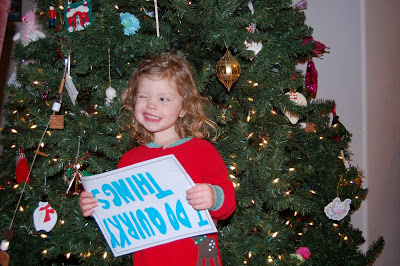 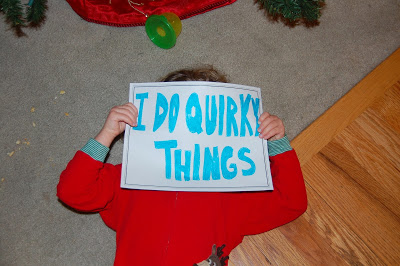 It was difficult to narrow in on just one quirky thing that Tessa has done this year, so we decided to broaden it out and make a list of various items. Our Tessa–bless her heart–is a very strange duck. A strange duck that we love with all our hearts. For example, she has made up her own theme song which she sings upon entering the room. It’s not complex. It goes something like this: “Da doo deeeeeeeeeeeeeee–here’s TESSA!” It’s pretty funny, and she’ll do it on command, but it’s much more meaningful when she spontaneously sings her theme-song as she enters a room. We love it.

Other quirks: She quotes shows (“Good thinkin’, Toots. Toots!?? *laughs maniacally*”), loves to take baths, adores using public restrooms (but we have put the kibosh on urinals), and she insists on wearing pajamas every single day. She loves jammies, okay? Don’t judge. She also calls herself by all the nicknames we call her. We know this because whenever she pretends that she’s on the Disney Channel doing a “The Time I…” segment, she says something like “Hi, my name is (T-Bone/Tessboast/Tesla/T-nickel) and I’m going to tell you about the time I…” and so forth.

We love the quirks that Tessa has developed this year, and we are sure that she will be able to develop many more in the year to come. 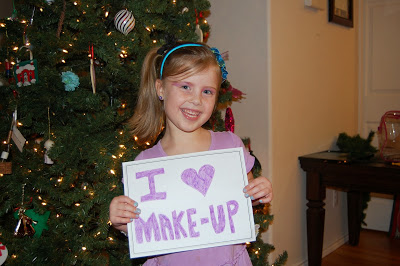 Viva’s dedication to fashion continues to grow each year. She still loves wearing her hair in ponytails (though she has advanced to the side-pony), she absolutely adores headbands, sassy boots and skirts, and she continues to assemble her own clothing creations every day–ones that surprise us with how much they don’t suck.

Her new obsession, though, is make-up. She wears it any chance she gets, and is constantly trying to sneak into our bedroom to put some on. I fear we may be the only household in the world where the motto “Kindergarteners don’t wear make-up!” is repeated every morning before school.

While Viva is very focused on make-up and fashion, she is also very observant of those around her and gives compliments freely. Because of Viva’s critical fashion eye, a compliment from her has become quite coveted among even our adult friends. (Seriously, when one of Lolly’s friends gets a new haircut, they are sometimes more worried about Viva’s reaction than Lolly’s.) 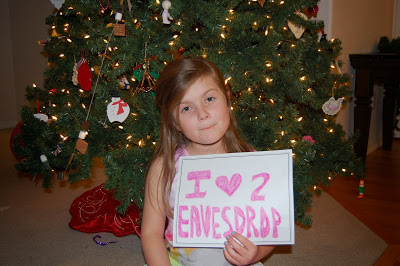 Anna has impressed us this year with her incessant desire to eavesdrop. You can scarcely have a conversation in this house without Anna chiming in from about five feet behind you asking things like “Who? What? What happened? What? What Daddy? What did the girl do? What happened to that baby? Who was he? What does ‘obnoxious nagging questions’ mean? Just tell me! What?”

She is very, very curious and likes to know every detail of every story about every person spoken of in her presence. A case in point: The following conversation ensued today:

Lolly: What should we say about Anna this year?

Josh: Oh, man. I don’t know. Should we talk about how when picking nightgowns at the store, Viva chose one with a picture of One Direction, but Anna chose one featuring a unicorn?

Lolly: That is funny, but I’m not sure if it really captures her this year. I was thinking we might talk about how she loves to eavesdrop…

Anna (from the back of the van): What does it mean that you say I eavesdrop? What does eavesdrop mean?


Lolly: It means that you like to listen to other people’s conversations.

We do love our little eavesdropper, and hope that her deep curiosity into the lives of others might mean that she will follow the footsteps of her father and become a consummate gossip psychotherapist someday.

Geez guys. What can we say that hasn’t already been said right here in this blog, amiright?

For starters, two of our three pets died this year, which is why we now refer to ourselves as Pet Murderers. Josh is especially horrible in that he heard the sound of our parakeet Felix die in the night, thought “oh, I think one of the birds died” and, instead of checking on the bird, snuggled up in his pillows and went back to sleep. Lolly woke up the next morning to find Felix had face-planted into the bottom of the cage and exclaimed “Oh no! Josh, Felix died in the night!” To which Josh replied “Yeah. I know. I heard the thump.” The other victim of our carnage is our good friend Sameer the Muslim betta fish. He fought a good fight with depression (seriously people, this fish was noticeably depressed, and we tried to help him by buying him a new bowl and colorful sea plants to spruce up his life) but in the end his sadness overtook him and he went home to Allah.


Rest in peace Felix and Sameer. You will be missed.


Other than that, we’ve spent our time raising these freaking demanding humans, and Josh has built up his private therapy practice. Both endeavors are going well.

At this time of year, we wish all of you the best. 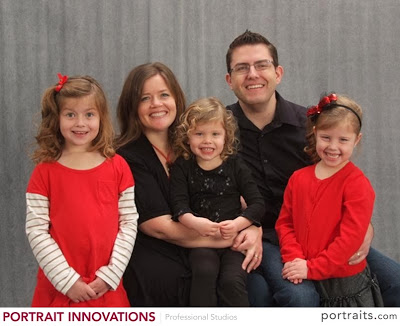