Winds of Change that Change Nothing 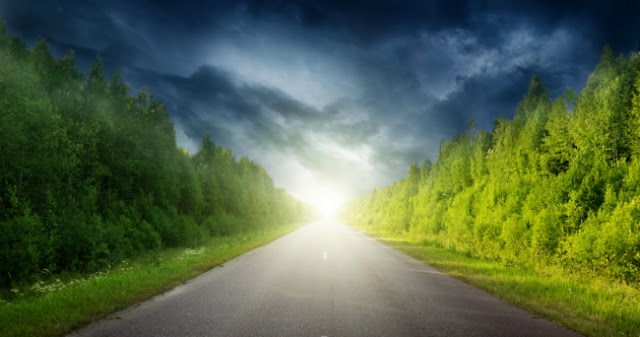 I am feeling the winds of change here at The Weed.

But that’s nothing new. I feel the winds of change over here regularly. And then I write about those winds of change, becoming all meta, and then 80% of the time, nothing actually changes. It’s how I do life.

If you’ve read here long, you’ve seen posts about blogging–several a year, at least. It’s actually one of my favorite topics to write about. I blog about blogging a lot, I think, because like so many things in my life, blogging is something I strive to get better at, and when I suck at it, I try and analyze why through writing. I pick at it over and over and over trying to psychoanalyze and motivate myself. I blog about blogging because I’m constantly trying to crack the code of how to remain committed to doing this, even with my ADD and my four kids and my career as a therapist and my other career as a writer of books that haven’t been published yet. There is a seemingly endless concourse of starts and stops in the history of this weblog–always, the epiphany: “Ope, I’m finally gonna do this regularly herewegoooooo!!” leading, sometimes just days later, to a big red stop sign in my head.

In recent years, those halts have been brought on by huge, cataclysmic (to me) events that stop me in my tracks. One of the most recent was the church’s new policy, which I have yet to tackle in writing (it has taken me a long time to process that sucker, and I’m still heartbroken for so many people I love, but I’ve found some peace with it. I’ll probably write about that soon. (Famous last words, as my Grandpa Woody used to say.)) Other halts include: the time a guy threatened my family on Facebook; the time my Mom went to a rest home; the time I posted about marriage equality and then took the post down days later cuz God told me to; other crises too personal to mention; Etc.

Before things got serious here–back when this was an ADHD blog and a then a humor blog–the halts came mainly with me getting annoyed with my limitations of voice. For much of that time, I felt like I had to be only funny and absurd, and there was no room for serious things, and it stymied me. As I’ve chronicled before, my coming out post in 2012 (over three years ago! Whoa!) was, in part, the result of me having writer’s block on this very blog and Lolly saying, in what felt like an almost offhanded remark, “I know the problem. The problem is that you need to come out of the closet.”

I had no idea how right she was. Doing that opened up both worlds of authenticity in my blogging, as well as worlds of complication.

When I started this blog in 2010, it was on a day where I felt similar to how I feel in this moment. I was about to turn 30 years old, and I was frustrated by my inability to do stuff. I felt disorganized and sporadic and desperately wanted to find a routine. I opened a blogspot blog for the sole purpose of having a place to list, online, the stuff I wanted to do to get organized. Instead what came out of me was this post where I came out, so to speak, about having ADD (presaging later revelations in ways I could never have guessed.)

It’s no secret that one of the things that trips me up most as I write in this sucker is knowing how to deal with people’s crappy comments. I could give master classes at this point on all of the ideas I’ve tried in order to overcome this hurdle. “Water off a duck’s back!” I say. “Just ignore it,” I say. Somehow, though, I have such a hard time with that. So much of the feedback I’ve gotten over the years has been beautiful, wonderful and supportive. So, why then the one comment that’s grating? Why is that the one the tinges the conversation for me, gets me distracted, makes me waste time?

I’ve been having some thoughts about that–about why negative comments trip me up so much. Maybe that will be tomorrow’s post.

Because that’s the joy of the life of Josh Weed. I never know the staying power of anything I start. I never know if some effort will last six years, as this blog has now, or come screeching to a halt the next day. When I started this blog in 2010, there was no indication, whatsoever, that it would become a blog written about in major periodicals around the world, or that it would end up with a tally of visitors in the millions. That heyday has, of course, seen more robust moments. But that’s the beauty of my spastic, impetuous life: who knows what the next heyday will look like? Who knows but that I start something today, just like I started in February of 2010, that through hard work and luck, will yield amazing dividends that change my life for the better in innumerable ways as I keep plugging along, just like this blog has?

That’s why I start again every time I fail. That’s why I write about blogging so dang often here and constantly try to feel the winds of change pushing me towards consistency, even though they often lead to no change at all. That’s also why every time I fail in my attempt to write here consistently, I pick myself up again, dust myself off, and start anew. I know it might be annoying to read about these attempts, or about my difficulties with critical comments. I know that each time I promise to be consistent and then only write for a few days or weeks and then fall off of the planet, I lose people’s trust–that is totally understandable. I would have the same exact reaction as a reader.

As a writer, it’s an occupational hazard. I accept it.

But please know that every false start is the way my brain knows how achieve my Goals with a capital G. Know that each time I try to recommit, I am committing to something deeply important to me. Know that I have loved every minute of writing in this blog, and I have loved interacting with all of you so very much, and hope to continue to do so for many years to come, if you don’t get too sick of me.

When I’m being generous and loving and understanding to myself–giving myself grace, as they say–I realize that every “broken promise” in this endeavor is not a failure–it is simply another step in my tenacious pursuit of my dreams, kicking the stone farther and farther down the path. And if there’s one thing I can, with 100% surety, promise you about myself it is this: I do not give up on my dreams. Ever.

Thanks so much for sticking around while I make those dreams happen in the face of internal demons and other adversity and lots of of starts and stops.

It means a lot.

In the meantime, I’m gonna be better at posting. No, really. Pinky swear!

(And thus my post about the winds of change concludes with nothing having changed at all, bringing this post, and probably this blog itself, full circle. Aaaaaaand scene.)