This is a post I wrote in the middle of the night.

And then I woke up and read it and it amused me. So here you go!

30% of that conversation didn’t really happen.
ANYWHO. I’m flying solo is what I’m saying.
Hey, unrelated, anyone interested in advertising on a blog where nobody posts?
So listen.
You know how Facebook does that thing where you get a list of posts for like the last eight years that you can “time-hop” to because they want you to feel all nostalgic and also old and also sad that your kids are growing up and also really glad you have other people named Whitney Shafer shop for you now so you don’t look like an idiot? Turns out that because I used to post here a lot and then link to Facebook, I’ve been reading a lot of my old humor posts, and do you know what? That was freaking fun.
I like to have fun.
So, here’s the set up. I have thousands of readers who (in my head) want to read posts about how gay I am and stuff. But all I want to do is make inappropriate jokes and be silly and say occasional swear words and I’m like WHERE’S THE MIDDLE GROUND???
It’s like when you are stuck in a job as a telemarketer and all you really want to be doing is being booed off the stage of a local nightclub that has an open mic night for comedians.
No, that’s not it.
It’s like when you are in church and all you want to be doing is not being in church.
Wait, no. Not that either.
I don’t really know how to explain this. Other than to say that tonight, in the middle of the night, I have felt the urge to write a humor post again. And it has felt really good and fun. And a lot of the real stuff that’s happening in my life is so traumatic and hard and inexplicable that I just can’t talk about it. And also it’s somber and sad, and officially not good or fun.
So, in closing, the three of you who have read this are now on notice: The Weed is back. And he’s not getting paid. And he’s tired of not swearing. And he’s also tired of being serious all the damn time. And he’s also tired of writing this mediocre post. And he has some hope that as he does this more, it will get easier again. But he also fears that this might be the last thing he ever writes on this blog, too. Because that’s how his brain works: each step forward feels like the beginning of something awesome, or the last step off the cliff. And it’s hard to tell which.
Also, he needs to go to bed because he’s too tired to think straight. (Which is why he’s gay. Ba dum CHING. See that? Tied it into the gay stuff like a champion. Looks like I just found the middle ground. I am ridiculous and nobody should be my friend ever really good at this blogging thing!)
Good night.

Oh wait, first, a random picture for your enjoyment: 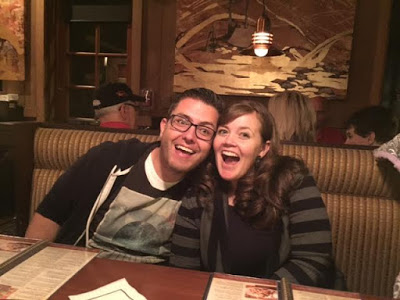 Date Night!
(PS, I REALLY REALLY wanted to post a picture of a deflated heart-shaped balloon I found on the World Wide Web because in the context of this post it might actually be one of the most hilarious things I’ve ever seen–but I decided against it because in the daylight hours, I make proper decisions. #winningatlife)