I don’t really write open letters, but this year, you have earned one.

I didn’t really know what you were when we first met this year. My family and I had enjoyed a delicious Thanksgiving with good friends. The food was delicious–the most tender turkey I had ever eaten. Little did I know, though, that you were there, nesting in the folds of turkey-flesh, swimming in the vat of tepid gravy, or perhaps it was the cheesecake, waiting to invade my body, and then my home.

I thought you were popcorn! I really did. The day after Thanksgiving, Lolly and I took the girls to see a movie and all three girls had insisted on the nasty theater popcorn, and had all eaten so much of it that when Tessa started puking in the middle of the night right at her bedroom door, I thought “blast it! That theater popcorn does it every time!” Within minutes, Viva was vomiting as well, and I rued the moment I allowed them to buy that greasy, nasty popcorn. It wasn’t until the next day, when Anna (the last of the girls) started puking–many hours after the other two–that I realized something else was afoot. Maybe this wasn’t about the theater popcorn after all? Maybe this was something else?

And then we heard that other attendees of that dinner were sick as well.

And then I started feeling nauseous myself. And I have you to thank for this.

I have thrown up exactly one time in the last twenty years, and it was the lamest excuse for vomit in recorded history about four years ago. Barely worth noting. Vomiting is not something I do. I have been called phobic about it, in fact. But later that day–after all three girls were sick and vomiting, and moaning in discomfort–I grew up. I learned that, at the age of 33, I can now call myself a man. I threw up, you see, all by myself, into the toilet like a big boy. I felt so proud of myself! And relieved too. I was so glad to have that over with.

But then, several hours later, you really got me.
As I was helping Anna puke yet again into the toilet by holding her hair back, I smelled the smell coming from the toilet and… well, you probably guessed it. Let’s just say that I now know from experience that there is nothing quite so bonding for a father and daughter than to be standing, side by side, violently blowing chunks, she into the toilet, and I into the sink. It was tender, really. Tender in the same way a praying mantis chewing the face off the father of her children to nourish her young is tender.

You left our house within 24 hours, and I was so glad to be done with you. Lolly felt you last, and was sick for the night, and then you were gone. We recovered–we convalesced the next day eating crackers and drinking ginger ale, and lying around in our pajamas. Having you out of our lives was a complete relief–we had gotten you over with, and watched, now, your carnage as you infected person after person after person on our Facebook feeds. You have been very busy this year, my friend.

Little did we realize how well acquainted we would become with you only weeks later.

When you have 23 of your wife’s relatives visiting your home, you do everything you can to make sure the stay is comfortable. You make sure all toilets are properly working. You clean a lot. You buy food. You put up Christmas decorations to bring in holiday cheer.

It turns out, none of that matters–even a little bit–when one of the 23 visitors has brought you along. The first vomiting occurred in our house on Sunday of last week. Lolly’s sister got sick. And we knew. We knew we were in for one of the most disgusting Christmases of all time.

Yes, it was as bad as you can imagine.

Imagine dinners being eaten, punctuated by the sounds of someone heaving in the bathroom.

Imagine each night being awoken by yet another child, covered in vomit, half-awake and just wanting to have Christmas be fun again.

Imagine washing the bedclothes of every bed multiple times.

Imagine the water bill we will soon be paying.

Imagine 11 children under the age of seven vomiting continuously. Everywhere but in toilets or bowls.

Imagine wondering who of the 23 of us would be “it” next, as if we were playing the most horrible game of tag ever invented.

Instead of visions of sugar plums dancing in their heads on Christmas Eve, our children had tupperware bowls for vomit next to their beds, and fear in their souls that they would be sick again. (Note: children have a really, really hard time getting vomit into tupperware bowls. Even on their third fourth or even fifth try.)

At one point, Anna said this direct quote as she was rocking back and forth in her bed: “I just watch person after person throw up, and I wonder if it’s going to be me. It’s so terrifying! I just want to die!”

We would be cleaning up one putrid mess only to hear another kid in another room pouring his or her stomach contents onto the floor.

It was… there are no words, Norovirus. No words at all.

But you lost Norovirus.

We still had fun. We still built memories. The kids still had many, many hours of fun when they weren’t busy playing show-and-tell with their intestinal contents. And we still enjoyed celebrating together as a family. 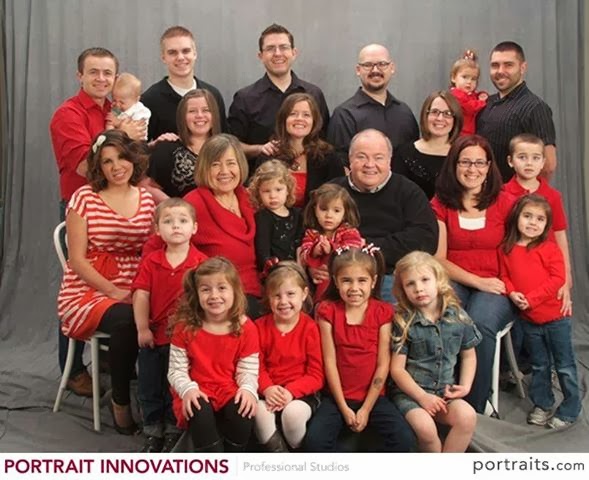 See? Nobody can even tell that as they took this picture, you are teeming in the bowels of the majority of Lolly’s family, Norovirus. (Plus, added bonus: nobody threw up this day!)

So, Norovirus, you didn’t win. We won. And we will always win. Because family love conquers all. And Christmas is a time of miracles. And the human spirit can’t be conquered by diarrhea.
It wasn’t until after everyone had left that I learned that you are a really special breed of norovirus that can’t even be killed with hand-sanitizer. But now that I know, I’m publishing my open letter to you so that everyone else out there can stay away from you. Wash your hands with soap and water people! A lot! And remember you’re still contagious three days after the symptoms have ceased!
Until next year Norovirus,
Josh